The Bible of Xenoxenism is a multimedia installation by Benjamin Efrati & Miracle, based on the extrapolation of XenoFeminism. It was exhibited october 7th, 2017, as part of Nuit Blanche , an international art festival in Paris curated by Charlotte Laubard. The installation contained an animated short and two interactive pieces. The project extends online on a dedicated website: xenoxenism.net.

Here is a teaser, documenting the mood of the exhibition. 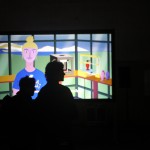 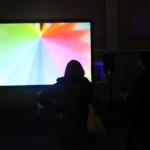 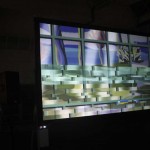 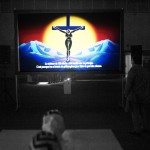 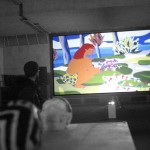 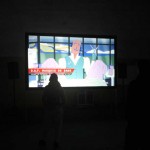 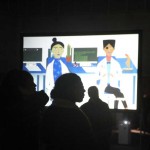 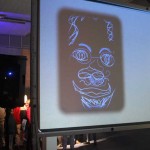 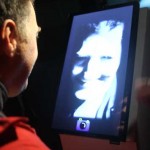 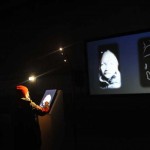 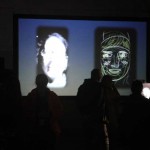 The Bible of Xenoxenism / Nuit Blanche 2017

The Bible of Xenoxenism was premiered at Gymnase Tristan Tzara, Paris, 18th district, on October 7th 2017.
Nearly 1800 visitors entered the installation and over 300 of them took part in the Xeno-Fragmenter experiment.

Six trailers have been released  and more content will soon be published.

Thanks to Fragmenter’s engine, developed by Balazs Keszegh’s Long Title Productions,  a new tool has been created that enables its user to fragment their own identity: the XenoFragmenter, which is a collective self-portrait animating tool. This project has been developed for the Bible of XenoXenism, an interactive installation containing an animated short, an interactive sound installation and XenoFragmenter.

The Identity Fragmenter (also known as XenoFragmenter) is a program which enables the user to produce a representation of their evolutionary past. Most people carry Neanderthal DNA, which is an adaptive gene pool. XenoFragmenter lets you see yourself and invites you to set your face in front of a webcam in order to Neanderthalize you. The Sapiens mode enables fine adjustments of the face in front of the camera, and displays the faded version of the animation produced collectively in the installation.

Once you press the Neanderthalize button, you can capture the desired expression on your face: the one you want to work on. When the picture is taken, you can copy the XenoFeatures of your face and add  details, elements or accessories. If you wish to restart the drawing, you can erase your drawing; if you wish to confirm and add the drawing to the series of self-portraits made by others, confirm.

XenoFragmenter shows you three images of yourself: the one you are used to, the Neandethalized version, and your visual interpretation of that version. By fragmenting your identity between normative representation, uncanny reflection and personal interpretation, the user gets time to think about their evolutionary roots and the misinterpretation of humanity which produces the phenomenon of discrimination which can present itself, among other things, as racism or homophobia.

The test session has been held in Juranyi, Budapest (Hungary), under the vigilance of Zsuzsana Kreif and Balazs Turai.

Miracle’s next project is the Bible of Xenoxenism. For this project, some new methods of collaboration were ignited, taking contemporary art into the midsts of animation cinema production. In collaboration with Diego Verastegui and Petra Marjai, Zsuzsana Kreif and Borbála Zétényi are designing the characters and animating the protagonists of this short movie, conceived in order to be displayed as an interactive installation.

Here is a work by Borbála Zétényi, a Simpsons reinterpretation of Hieronymus Bosch’s The Garden of Earthly Delights.

The Garden of Earthly Delights from Borcsa Zetenyi on Vimeo.