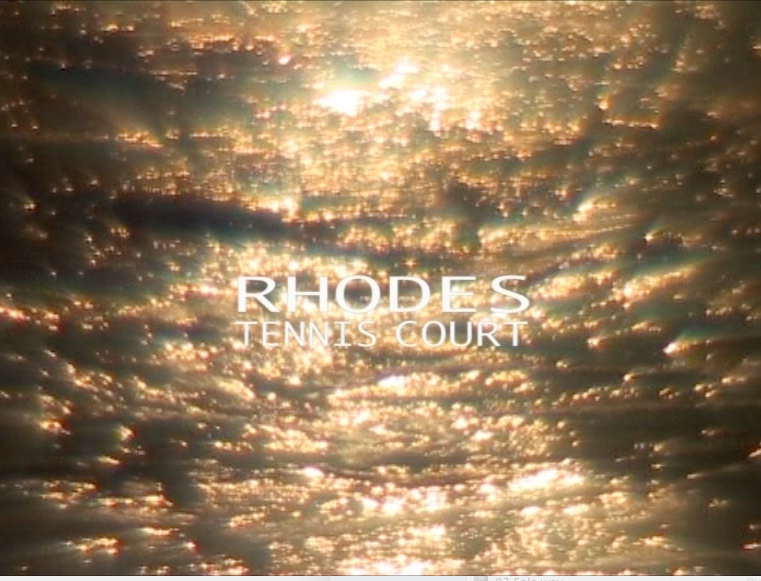 Two musicians face each other in a way echoing racket sports, competition aside.
Structure-free tracks follow one another like the sets of a never ending tennis game.
The musical stage becomes a clay court and melodies slip through the net, tinted by acoustic and synthetic sounds.

micro bio:
Active on the Parisian underground scene since 2014, the duet flourishes in the world of modern arts and performed during the Salon de Montrouge, at the Cent Quatre for Jeune Création and at the Parisian centre of Fine Arts.
More recently, Rhodes Tennis Court played at the Künstlerhaus Bethanien and at the Love Fabrik (Berlin, January 2015), at the Off Festival in Angouleme, at the Mac (Creteil, France), at the Exit Festival, at the Jaam Sono le Buzz, Le Placard – Barbes Beats Festival, Echomusée (Paris,June 2015).